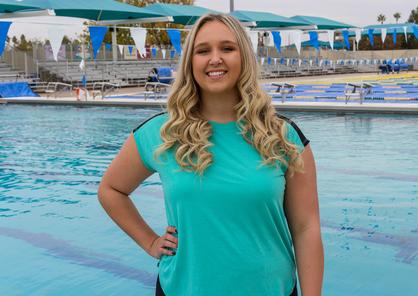 Coach Scarlett began her synchro career at the age of 8 when a friend asked her to join the Aqua Angles in Tempe. There she developed a love for the sport by continuing to swim for 5 consecutive summers. In 2006 she joined the Desert Dolphins and competed there for 3 years. In 2010, she began her coaching career with the Dolphins while later joining the Aqua Star family in fall of 2014. In the summer of 2010 she became a head synchro coach for the City of Mesa Summer Program.  While coaching, she joined a masters team in 2011 where she was able to compete in five National competitions. She was part of the 2016 AAS masters team took 1st place at nationals in the team and combo competitions in Oro Valley, AZ. Besides coaching, Scarlett is attended Arizona State University and where she received a BS in Nutrition and Dietetics while receiving a certificate in School Nutrition.  In addition to overseeing all the team's coaches, she is the assigned coach for the competitive team.

Coach Courtney has been swimming with the Arizona Aqua Stars since she was 7 years old.  She was a 3-time National Champion in 2007, 2009, and 2010 in the duet category.  Courtney made the 13-15 National Team and also qualified for Olympic Trials. She has a passion for synchronized swimming and wants to coach synchro when she is out of college.  In 2013 Courtney attended the University of Texas-Permian Basin on a scholarship for speed swimming, with a dual major in Art & Kinesiology.  She also made the cheerleading squad at college. Courtney has returned to Mesa for the summer to coach synchronized swimming and participate in synchro meets until she returns to Texas in the fall school semester. Courtney loves to choreograph routines and has a very artistic flair in the water! 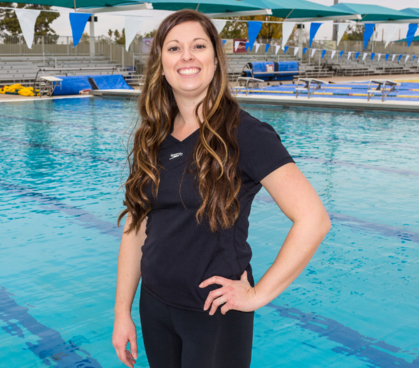